Nurmagomedov told Al Ittihad newspaper while being on a trip to the United Arab Emirates, as Russia Today reported saying:

“I follow him but I haven’t met him before. He’s a great player, we want many role models like him.”

He also said that:

“They reflect the true image of our ethics. I feel that Allah is standing with him [Salah], and our new generations need those who are like Mohamed Salah to learn humility, no matter how famous and innovative you are.” 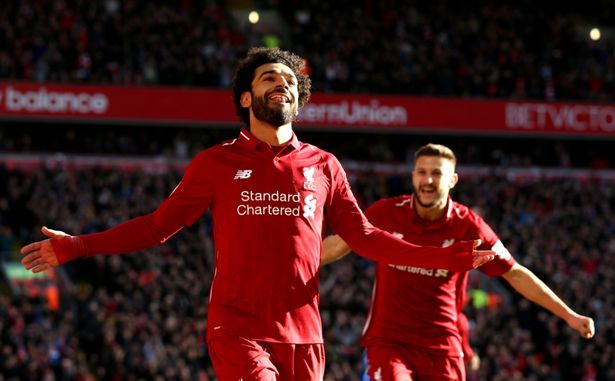 “He’s an icon that we must protect, and we stand behind him so he can continue to succeed. I admire him and the ethics and values he spreads every day in Europe”

Nurmagomedov and Salah are umdoubtedly the two biggest Muslim sports stars in the world at present. The Russian fighter nicknamed ‘The Eagle’ has witnessed his popularity soar after defeating Conor McGregor at UFC 229. Khabib Abdulmanapovich Nurmagomedov, is not only the UFC’s first Muslim champion but currently also holds the longest undefeated streak in MMA, with 27 wins.

Khabib himself saw a huge popularity boost after his dominant fourth-round submission win over McGregor earlier in October, adding upto 3 million Instagram followers in just 24 hours. He was feted by thousands of fans on his return to his Dagestani homeland, and later met Russian President Vladimir Putin as well. Nurmagomedov has since embarked on a global tour, including a meeting with Sheikh Diab Bin Zayed Al Nahyan in the UAE over the weekend. The UFC star then headed to Turkey, where he was joyfully welcomed by President Recep Tayyip Erdogan. Meanwhile, Salah’s record-breaking exploits for Liverpool have earned him an adoring fanbase of millions. Salah scored 44 goals in 52 appearances in all competitions last season while helping Liverpool surge through the Champions League knockout stages while successfully securing a fourth-place EPL finish. With his strike against Cardiff at the weekend, he also became the quickest player to reach 50 goals for the Reds, achieving the feat in just 65 games.

Half a century of goals for the reds :heart_eyes: pic.twitter.com/bxfhjzKT3T

We make Dua that Allah(SWT) provides success to all of the Muslim Ummah, be it some famous celebrity, player or just an ordinary individual. We should feel proud for how stars lie Khabib and Salah are shedding light to Muslim Image worldwide. Such victories of happiness should be shared among our social circle to remind that there is hope for everyone!