Muharram is not only the 1st month of Islamic Calendar which marks the New Islamic Year but also one of the four sanctified months of the year. As Allah Says in Quran:

The four months mentioned in the Ayah are Dhul-Qadah, Dhul-Hijjah, Muharram and Rajab. This is evident from the words of Holy Prophet (S.A.W.) on the occasion of his last Hajj Sermon:

“The year is of twelve months, out of which four months are sacred: Three are in succession Dhul-Qadah, Dhul-Hijjah and Muharram, and (the fourth is) Rajab.”

These words of our Prophet (S.A.W.) confirms the sanctity of the month of Muharram.

The specific mention of these four months does not mean that other Islamic months have no sanctity; in fact, each Islamic month has its own sacredness and we all know that Ramadan is admittedly the most sanctified month in the year. But Allah Almighty has chosen a particular time for His special blessings and these four months are among those particular time in which a Muslim can get maximum of Allah’s blessings.

The word ‘Muharram’ in its literal sense means forbidden. Similar to the other sacred months, waging war or indulging in any kind of violence during this month is forbidden. (Ref: Surah At-Taubah 9:5) 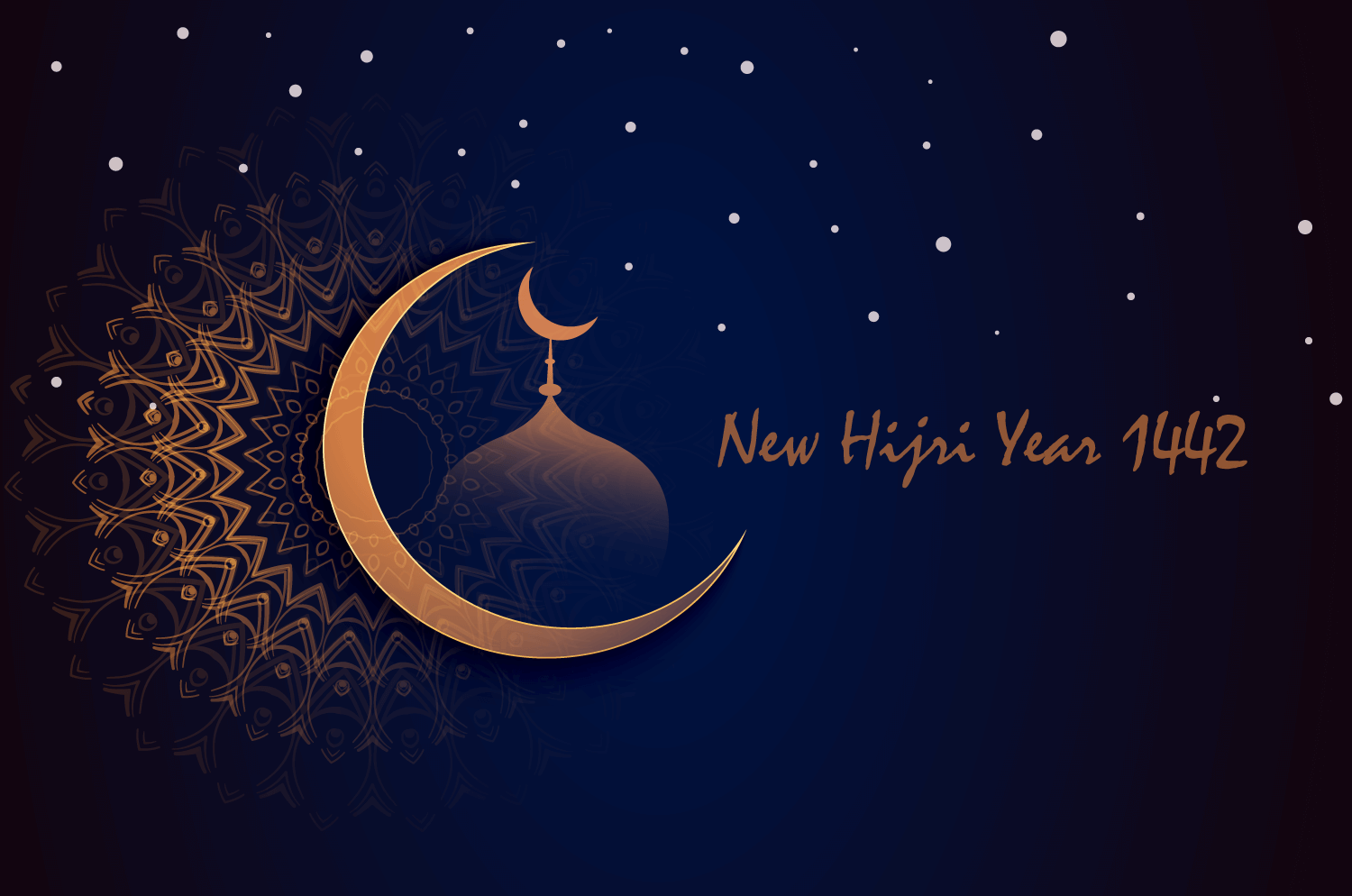 Before the Hijri calendar came into use, Muslims used ‘Am Al-Fil’ (the year in which the Prophet Mohammad (S.A.W.) was born), to demarcate date and time. But second Caliph Umar ibn Khattab (R.A.) established new calendar and, after many suggestions from Companions (R.A.), he announced that the year in which the Prophet Mohammad (S.A.W.) migrated would mark the beginning of the Hijri calendar. The calendar would begin with the month of Muharram and end with the month of Dhul Hijjah. Consequently, 622 AD [the year of the Prophet’s (S.A.W.) migration] became the first year in the Hijri Calendar. 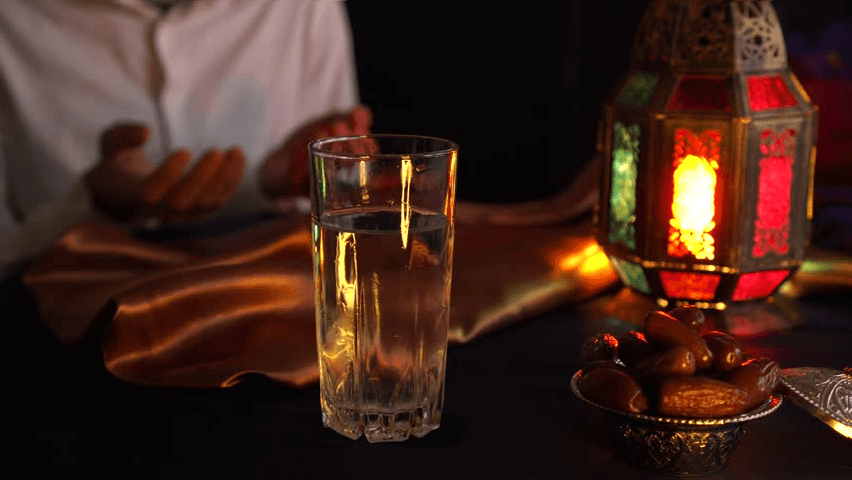 Muharram holds great significance long before the Prophet Mohammad’s (S.A.W.) time. Earlier on, it was obligatory to fast on the 10th of Muharram.  However later, fasting was made obligatory in Ramadan only and fasting on 10th Muharram was made optional. As narrated by Ayesha (R.A.) that Prophet (S.A.W.) said:

But remember one thing that fasts during the month of Muharram are the most rewardable ones among the optional (Nafil) fasts in the light of following Hadith:

‘The Messenger of Allah (S.A.W.) said: “The best fasting after the month of Ramadan is the month of Allah, Al-Muharram.”’

The hadith does not mean that the award of Muharram’s fasts can be achieved only by fasting the whole month. On the contrary, each fast during this month has its own merits. Therefore, one should avail this opportunity and fast as much as one can during this blessed month. 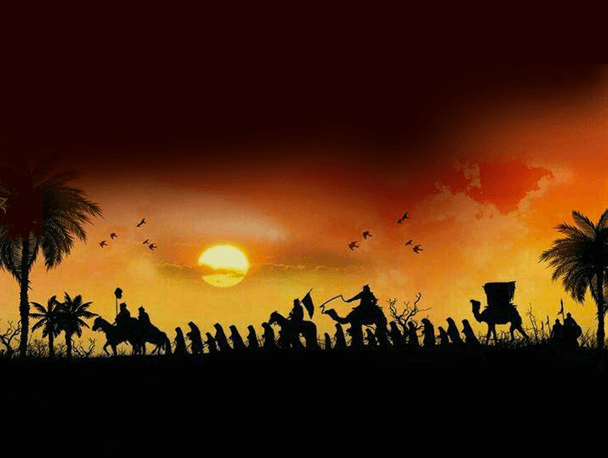 Ashura is the 10th day of Muharram and is the most sacred day among all its days. When the Prophet (S.A.W.) came to Madinah, he fasted on the day of Ashura and directed the Muslims to keep fast on this day. But when the fasts of Ramadan were made obligatory, the fasting on this day was made optional. However, according to many authentic Hadiths, fasting on the day of Ashura is a confirmed Sunnah of the Holy Prophet (S.A.W.).

Learn more about “Why Fast on Ashura”

About the month of Muharram

1- Unfortunately, many Muslims still believe Muharram is an evil or unlucky month due to the incident of Karbala. We know that it was an unfortunate event but remember one thing that according to Sahih Muslim: 1163 (a) and Tirmidhi: 438, this is Allah’s month. How Allah’s own month can be evil and unlucky for His servants. On the contrary, it is one of the merits of Husain (R.A.) that his martyrdom took place on the day of Ahsura.

2- Similarly, due to the same fact, many Muslims don’t get married (Nikkah) during this month which is, again, totally wrong and misguiding.

Learn more about the life of "Hussain Ibn Ali (R.A.)"

About the Day of Ashura

Nothing has been reported in any Saheeh Hadith from the Prophet (S.A.W.) or from his Companions (R.A.) about any of the above-mentioned incidents. Even, none of the four Imams encouraged or recommended such things. Not even a single reliable Islamic Scholars have narrated anything like this. So all these are just myths and nothing to do with Islam or Shariah. So all these things should be avoided during Muharram and should not be followed by any Muslim.

Learn more about “The Day of Ashura”

Muharram is an important and holy month for every Muslim and with all of its complexity, it will always be a month of deep reflection for Muslims across the world.

Similar to the regular New Year, one should make resolutions at the start of the Islamic New Year to improve oneself as a better Muslim. You can set small goals for yourself to become a better person and moreover a better Muslim. These goals can be both spiritual and social. You can strengthen your relationship with Allah through regular Dhikr and Duas and helping others fellow Muslims. And Allah rewards every good deed.

May Allah shower His blessings on all Muslims Ummah throughout the year and also Allah help us in strengthening our Imaan.

Learn more about “Misconceptions about Muharram”